Have you ever wondered who invented brunch or how brunch became so popular? As one of the top choices for brunch on Hilton Head, we know a few things about our favorite meal. We thought it would be fun to tell you a little bit about the history of brunch!

Brunch is a long standing Southern tradition whether you’re celebrating Mother’s Day, using the meal as an excuse to catch up with friends, recovering from a long Saturday night, or have made pancakes at noon a post church family tradition.

There’s something about brunch and Skull Creek Boathouse that goes together beautifully with brunch. Biscuits, creative egg dishes, and Perfect Bloody Marys are a brunch trifecta and after sampling our brunch menu we’re sure you will agree that we have the best brunch on Hilton Head. Add a gorgeous view to the mix and it’ll keep you coming back for more.

It’s hard to imagine that there was a time before brunch. It only seems sensible that as long as there’s been breakfast, people would get up late, eat breakfast anyway and then say, “You know what? Forget lunch. I won’t eat again until dinner.” But, as with everything, someone had to come up with the term and it turns out that no one ate brunch in the Bible nor is brunch one of the words created by Shakespeare. So where did the meal come from?

A Little Bit of History

A clever wordsmith first connected the words “breakfast” and “lunch” together to create the word “brunch” way back in 1895. In Hunter’s Weekly, British author Guy Beringer made it clear in his article, “Brunch: A Plea,” that a late social breakfast on Sunday, “Would make life brighter for Saturday carousers.” He also wrote, “It is talk compelling. It puts you in a good temper….it sweeps away the worries and cobwebs of the week.” He also suggested that alcoholic drinks be served, so we can thank him for making a place for Mimosas and Bloody Marys at the brunch table.

While Beringer coined the word brunch (and shouldn’t alcohol be in the name somehow, too?) he didn’t come up with the meal itself. The meal’s exact origins are a bit murky, but some food historians think that the meal came about thanks to either one of the South’s two favorite pastimes: hunting and church going. Some historians think that brunch started thanks to the pre-hunt breakfasts that were common in England.

These were traditionally elaborate meals with both sweet and savory options. Modern brunch offerings like eggs, bacon, fresh fruits, and sweets were all common at these gatherings. Other food historians think that Sunday brunch started thanks to Catholics who would fast before mass and then eat a large breakfast after church. Another group of historians think brunch really got going in New York City.

Whenever and wherever brunch started, it was definitely perfected in America.

There is not much mention of brunch in the late 1800s, but by the 1920s it had become a luxury affair served in fancy hotels to the elite. An article in the New York Herald Tribune during this time mentions Emily Post (the author of a famous etiquette book) brunching with oysters, eggs, and caviar at a posh hotel.

In the thirties, brunch was adopted by the middle class. Housewives, business women, and bachelors caught on to how convenient, cheap, and easy it was and began to brunch at home. Frying up bacon, picking up donuts and baked goods, and setting out orange juice, tea, and coffee was a no nonsense way to enjoy a relaxing morning with family or friends.

One of the first brunch cookbooks was published in the 1940s. Brunch gained steady popularity because it was economical: a two in one meal with special touches not afforded during the week. Oatmeal for the rest of the week, but bacon, waffles, fruit, jams, and coffee on Sunday.

After WWII, the fifties saw a decline in Sunday morning church attendance and instead a leisurely brunch at home took its place for many people. Convenience foods began to appear on shelves, so the menu was a hybrid of homemade and premade foods like homemade jams, pancake mixes, eggs, and of course, coffee.

The freewheeling sixties and seventies gave way to a “do what you feel with this meal” mentality. Cookbooks conflicted on what should be served, and a disregard for rules meant that the table could be set with anything from fondue to eggs to casserole. In true sixties and seventies style it was all about the spirit of brunch, and the only rule was that there were no rules.

One hundred years after brunch became a thing, newspapers claimed it replaced the classic American meal, Sunday dinner. The plush glamour of the eighties ushered brunch back to hotels and restaurants, and out of the house.

People in the nineties were so in love with brunch that restaurants began offering it on Saturday as well as Sunday. Going out for brunch became more popular than staying in.

Some suggest the more recent mass adoption of brunch is thanks, at least in part, to the titillating Sex and the City TV show which glorified the glamorous lifestyle of the four main characters who made Sunday brunch a regular part of their lives.

Whether or not Sex and the City aided and abetted, Google has seen a steady use of search interest in brunch. Brunch is not only here to stay, it’s continuing to make its presence known across the country.

Brunching has become a weekend activity worthy of the classification of “sport.” Lineups are long, plates are piled high, syrup is infused, waffles are sandwiches, cocktails can come in pitchers….it’s all fun. One constant through the years has remained the same: it’s still a social thing. Guy Beringers initial approach to brunch has served brunch well. It began as a way to sleep in and spend time with family, friends, and maybe some hungover pals. Menus change, times change, but one thing about brunch that hasn’t changed. One can’t brunch alone.

Hilton Head is a brunching island. There’s a lot of competition. So how did Skull Creek Boathouse come to serve the best brunch on Hilton Head?

What Sets Our Brunch Apart From The Competition?

Serve a varied menu and you will strike a chord with everyone. Variety is the spice of life for good reason. Guests with dietary needs and restrictions will especially love a diverse menu. At the Boathouse we have a menu with a multitude of options. We’re going to have something for everyone in your party.

At Skull Creek Boathouse, we realize that brunch attracts many different types of guests: from people who just finished a marathon, to the post-church crowd, from young professionals to grandparents. A great brunch like ours can accommodate everyone, no matter where they came from or what they’re wearing. Everyone will be able to relax and feel right at home.

At Skull Creek Boathouse our team is constantly optimizing their brunch by learning how many reservations to take and at what times to ensure efficiency. We focus on the customer first and foremost. People may want to be eating brunch for only 45 minutes or as long as two hours. So we book accordingly, actively trying to let people drive their own meal at the restaurant. Years of experience have given us the vast knowledge we have now.

We want our brunches to be priced fairly to be appropriate and approachable. Our sweet spot is where our high quality meets affordability. Our high standards of quality are an added value for our guests and we want our guests to be able to feel like they can bring a crowd and not break the bank.

Brunch can be stressful for servers and they really have to be on their game to give our guests a great experience. We always try to have our A team, our aces, on the brunch shift. It takes our senior team to make the meal seamless.

We’re the best on the island for brunch and we want to prove it to you. Please join us and Skull Creek Boathouse for a relaxed sumptuous meal. And remember, we don’t charge for the spectacular waterfront view….that comes with the meal free of charge. 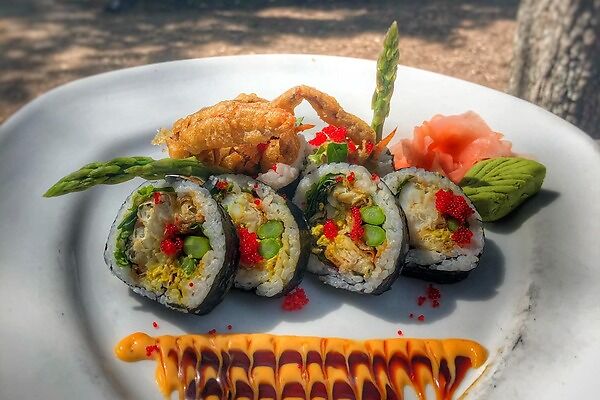 Did you know that sushi isn’t originally from Japan? Most people assume that sushi was created in Japan, yet that was not the case. Here at Skull Creek Boathouse, we believe that we serve the best sushi on Hilton Head Island, but where did we learn these skills, read on to find out! 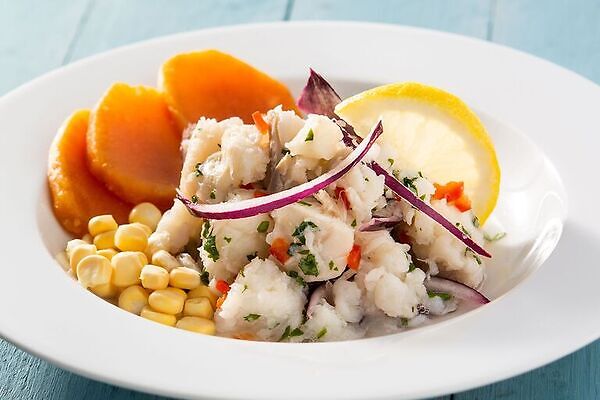 How can a fish not be raw but not be cooked? What’s the secret behind what makes ceviche so delicious but also safe to eat. We will go over all that and more! Skull Creek Boathouse has been serving the best ceviche on Hilton Head Island for a long time, today we will go over it’s history and some FAQ’s.

We use cookies on our website to give you the most relevant experience by remembering your preferences and repeat visits. By clicking “Accept All”, you consent to the use of ALL the cookies. However, you may visit "Cookie Settings" to provide a controlled consent.
Cookie SettingsAccept All
Manage consent

This website uses cookies to improve your experience while you navigate through the website. Out of these, the cookies that are categorized as necessary are stored on your browser as they are essential for the working of basic functionalities of the website. We also use third-party cookies that help us analyze and understand how you use this website. These cookies will be stored in your browser only with your consent. You also have the option to opt-out of these cookies. But opting out of some of these cookies may affect your browsing experience.
Necessary Always Enabled
Necessary cookies are absolutely essential for the website to function properly. These cookies ensure basic functionalities and security features of the website, anonymously.
Functional
Functional cookies help to perform certain functionalities like sharing the content of the website on social media platforms, collect feedbacks, and other third-party features.
Performance
Performance cookies are used to understand and analyze the key performance indexes of the website which helps in delivering a better user experience for the visitors.
Analytics
Analytical cookies are used to understand how visitors interact with the website. These cookies help provide information on metrics the number of visitors, bounce rate, traffic source, etc.
Others
Other uncategorized cookies are those that are being analyzed and have not been classified into a category as yet.
SAVE & ACCEPT